Im not gonna talk about whats wrong with battles as pretty much everyone knows the problem.

Make the death animations slower, and a bigger explosion. I think battles look like jokes because the ship explosions, they just fling their parts across space at the speed of light. I think the death animation should be a brighter explosion, but dont have the parts fling across the screen, have them break apart, but stay near the original location of the ship.

Increase health by 10x. Battles need to be longer. Period. Outscape battles remind me of vega conflict late t7 to t8 battles, that end in 20 seconds tops, because every ship simply deals so much damage but have very little health. Increase health by 10x, allow 10x the ordinance capacity, but bring back the limbalt to ordinance conversion so 1 limbalt is equal to 10 ordinance. I think in the short battles we have today theres just too much going on and its hard to grasp it in one watch. You ever watch a fight scene, and then you have to play it in slow motion to understand what the hell they just did? Thats exactly how I feel here.

Have the fleets spawn further away. I dont really get how we can intercept someone at warp speed, and we always end up within a few kilometers away from the fleet. Have the two fleets spawn at least 10x as far away, I dont really know why this was removed before. Earlier in the game, the fleets spawned so far away and they had to approach eachother. Bring that back.

Yes. Combat has a lot to improve. More health would be better. Greater distance would be nice so the ships can actually move and making turrets more worthwhile.

Also I wish shields would block more weapon types and that is another way to make combat last longer and make shields on par with armor. Why does armor block all types of weapons but shields only one? Does not seem balanced.

Other useful things for combat is ability to replay, pause, rewind and not automatically exit to result screen. I should be able to decide when I want to exit the combat so I can rewind and watch it over and over without having to exit and come back.

We agree that battles could be much better and do plan to improve them. We’re not ready to yet, but will post more details on what we have in mind before we start on anything. Thanks for the feedback.

Why does armor block all types of weapons but shields only one? Does not seem balanced.

Armour will give you all round protection by increasing the hull’s HP. But shields cost less and give you better protection against energy weapons.

Armour will give you all round protection by increasing the hull’s HP. But shields cost less and give you better protection against energy weapons.

I understand your thinking but cost is not the main limiting factor for ship modules, slots and power usage is (as well as ordnance where applicable). So if the idea is that shields should give you a more cost efficient way to protect against only one weapon type, I feel it is not enough. I feel hard pressed to use more than a minor slot for shields over armor as the latter is far more useful.

Armor increase will help against, kinetic, missile, torpedoes, fighters, Orbital Defence System and minefields as well as energy weapons where as shields is only useful against energy weapons.

I feel the only reason you need shields at the moment is to protect against bane weapons. But I do not have extensive experience in large fleet battles so I can’t say for sure but can’t you analyze all the big fleet battles and see in what proportion armor is used over shields? My guess is that armor dominates.

I personally would think it would be much better if shields are like 50% efficient against other weapon types rather than 0%. But shields aside I agree 100% with @BigBoomer that combat is over far too quickly. A battle between two huge fleets of Battleships/Cruisers should be an epic space opera that takes much longer to finish but very good that you are working on improving it none the less.

I’d like to see a return to more realistic battle/combat mechanics as well. When we started in A1 and A2 (I think it went as far as A2) we had the ability to attack from different positions, (like from the side or rear) resulting in different outcomes than a straight on face to face battle, regardless of the interception point, as it is now (other than cloak fleets).

I don’t know why this changed as it makes no sense not to utilize positioning as a tactical way of fighting. In real world, you don’t approach from the side and all of a sudden end up face to face with your opponent. The opponent needs to turn in order to face an opponent.

Returning this gives smaller ships an opportunity to be competitive with larger fleets/ships if this was brought back as a tactic in fighting. 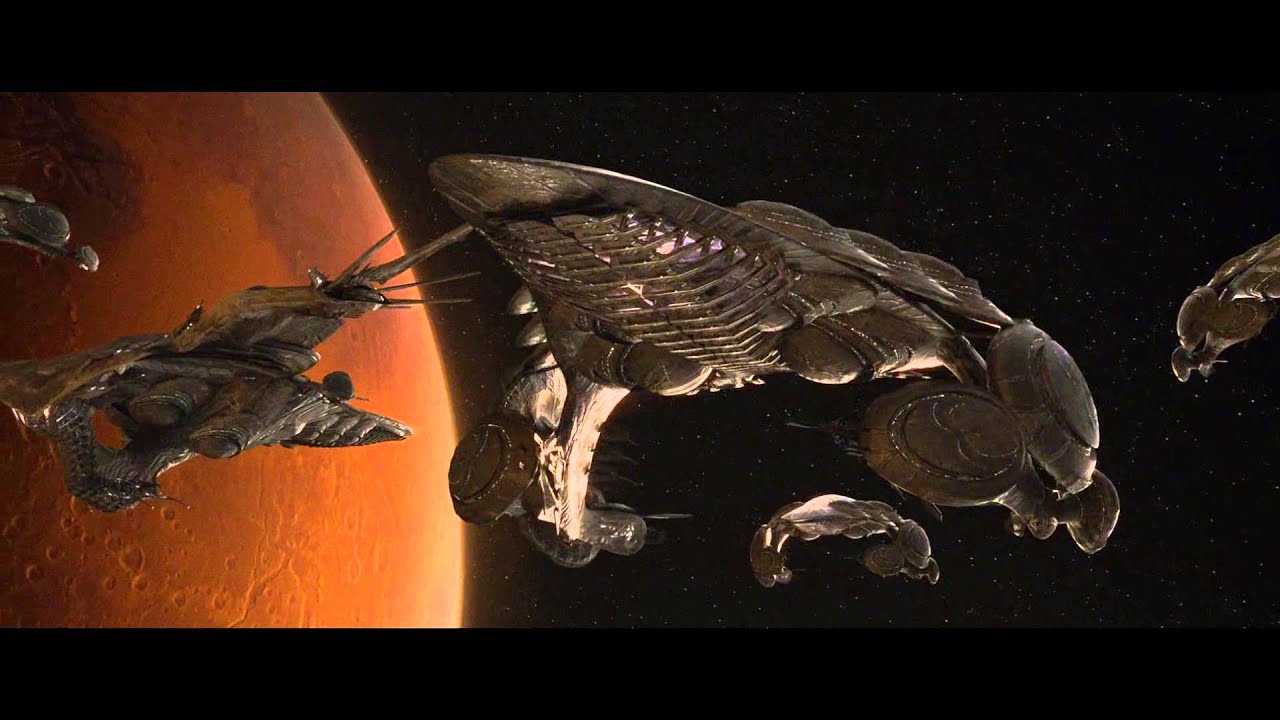 I used to play a game that had similar mechanics, Battlestar Gallactica Online. The difference in games is significant though. Each player controlled a single ship, rather than fleets. Magnificent battles though, where even a small Viper could contribute.

But the same logic applies, small fleets can cause significant damage if they were able to approach and begin firing before the larger fleet can turn to return fire. I’m not sure why this ability was removed from the game. Made battles very boring afterwards.

Yeah that does sound very cool and it would give smaller ships, naturally, a better use rather than just a question of cost. The large fleet could then also have smaller ships as escorts to counter such attacks.

Another advantage would be to give some better use to the 7/1 engine (which should really be 7/2) as they should only be useful for smaller ships. The smaller fleets using these faster engines could then attack from any angle that gives them an advantage.

Actually as escort fleets (T1/T2 level ships) could be more useful if they had a 7/3 engine. They could travel at W3 (not using fuel) unless there was a need to break off to intercept an opponent., The engine should be only for T1/T2 frigates/destroyers just as the Scout Engine is only for scouts/vettes. A 7/2 engine would be too slow to keep up with a 5/3 engine used on the large battle fleets. Normally they have little in the way of boost, so they likely travel at W3. The Escorts would need to keep up without expending fuel until it was needed.

Research points needed for a 7/3 engine would need to be the same as for the 5/3 and Scout Engine. 7/1 engines could be used temporarily or just for close to home base defense.

But the same logic applies, small fleets can cause significant damage if they were able to approach and begin firing before the larger fleet can turn to return fire. I’m not sure why this ability was removed from the game. Made battles very boring afterwards.

Nah, it’s better to just say what is needed to make things better overall. Won’t scare off the developers. What is being suggested will give a use to destroyers and frigates and make overall battles not only better but cooler as Big Boomer suggested originally in his post. This enhances that. Right now the destroyer and frigate has little use. The 7/3 engine and return to allowing side interception gives them a use AND gives a use to turret weapons which are useless right now.

Personally, I don’t go offline when I have war fleets travelling a distance. Lots of things can happen if I’m offline when I do, doesn’t matter if I can turn them or not. If we don’t introduce the ability again, I can get intercepted by a war fleet just as well as I could get intercepted by a small fleet. I can send in scouts now and stop the entire armada if I wanted to.

Offline fleets are doomed due to minefields anyway. I never move my combat fleets when offline due to the risk of someone putting a bunch of minefields in my path.

You need more experience. We’ve been over this. Armor works against all kinds of weapons, including energy weapons. To your credit, you acknowledged Armorbane weapons, but I doubt you’ve experienced them in their true glory either.

You also don’t have any experience on the main servers, so you don’t understand how much cost affects ship designs in the early-mid game. The crack-speed servers are not the only way this game is played.

Back to the original post, sure, slow down the battles so we can see what’s happening. And keep the speed control buttons, so we can speed them up as desired.

A great many of us do not have this luxury.

Offline fleets are doomed due to minefields anyway.

Check box that makes moving fleets stop when they hit a mine field or detect one and cannot find a path around it. Think outside the box.

Check box that makes moving fleets stop when they hit a mine field or detect one and cannot find a path around it. Think outside the box.

Oh there is a great deal of things I can think of to reduce minefields from the scourge that it is to the game. That one is definitely one of them but, as of now, no such thing exists and moving combat fleets when offline is a very, very bad idea.

This is one of the reasons I hate minefields with passion. I would love to just send my fleets into a random direction, like in Star Trek, and see what fun things I bump into to. But I won’t because I know they will just run straight into a minefield somewhere and end my exploration trip in an anti-climactic and cheesy way. Gosh I hate minefields…

You need more experience. We’ve been over this. Armor works against all kinds of weapons, including energy weapons.

Which is exactly what I said in my post:

But due to my lack of experience in large battles I also suggested, in the same post, that they should analyze fleet battles to see how much more armor is used over shields and thus see, with actual data, that shields are under-used.

Sure. And I was expecting my exploration fleet to be challenged and destroyed. That way I could see some cool fleet combat and see how my fleet fared against random people.

Instead it got destroyed by a cheesy, low-cost, minefield which told me nothing about how well my fleets would fare and hence why I stopped both sending exploration fleets and offline movement. But anyway, this thread is not about those cursed things so I will stop myself here before I get an ulcer.

Yet you’d send full war ships through someone’s territory without being online??? Makes no sense.