Patch v120 will be released today at 16:30 UTC. Once the update has started the servers will be offline for around 30-45 minutes. We’ll update this thread as soon as the patch is ready and the servers are back online.

Update: this patch has now been released and the game servers are back online.

What's new in this patch? Click here and find out!

Updating the game client: the game should be automatically updated via Steam. Please check here if the download doesn’t automatically start when you launch Steam.

About time the fighters launched right away. No carrier would ever enter a battle with fighters in the hangers.

So, with the fighter carrier launch time, do you think it will improve the situation at all? I see in my battles that the time to launch wasnt really a problem, they launched almost immediately. What really needs to happen is a flight time buff. Reduce flight time to 15 to 20 seconds. The problem with fighters is they dont deal 60 dps, they only deal 2k damage per round. The fighters wait the entire 33 seconds to deal the full 2k damage. If it were actually 60 damage every second the fighters are attacking, then the damage they can deal wouldnt be wasted anymore.

Edit - actually, the fighters take about 7 seconds to launch, and about 25 seconds to deal the damage. This launch time buff could help, but the main problem ive stated still stands.

If that makes sense

True, but really though the fighters dont have to return to launch another attack. In my battles, as soon as the ships are destroyed, another attack is launched, even before the first fighters return. So, if your ships can last more than 25 seconds then you can launch two attacks. 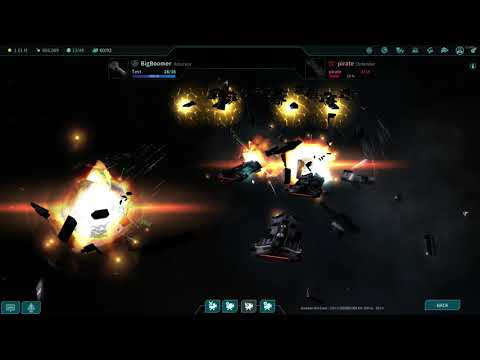 The carrier change doesnt seem to have done anything. In my video, the fighters launch at about 0:15, and finally destroy the ships at 0:42. Thats about 27 seconds from launch to destroy. Now, my old and new battles take 30 seconds from launch to destroy. I dont know if this is a bug, but i cant see a difference in the launch time. The battles in the video, before the update take 5 seconds, after the update they still take 5 seconds to launch. @joe

Pirates are a poor test subject. They die to fast to generate real data.

Did you see the video? I made the fleet to where only the carriers engage.

If the combat started at greater range than the range of lasers and missile launchers, and the fleet actually had to move to close in, then carriers would shine as they would send out their fighters far before other weapons engage. And if then smaller ships, such as frigates and destroyers, could target these fighters, you would have a whole new dimension to ship combat with small ships actually making sense.

Great little change to mine-fields though. Now if you can just make it so they dont do damage outside of systems as well and we are done

The big question is are they planning down the track to transforming the combat simulation of the game to a more diverse approach by producing a 3 dimensional combat field for fleets and ship’s to actually move through the combat field. As if they are then this change to carriers might have an advantage. But as the current situation is in combat simulation is that the way it is setup at the moment doesn’t leave much room for adjusting the mechanic’s. As it is a very limited combat simulation process.

Well just increasing the range between the fleets and have different weapons with different ranges would do tons for enhancing the combat, even without 3D.

Everything at the same range and the fleets shooting all at once just does not give much room for different type of combat.

Its a feature that would make combat much better. Have the smaller ships of each faction have higher speed, so them with most likely cannons can close in faster. It would make missiles and squadrons overpowered if every ship traveled the same speed. Id say fighters with the most range, then missiles, torps and beams, then cannons. Cannons would have to be buffed if this were to happen. A problem i see with the game is theres no point in building anything other than the biggest ships of each race. They have more armor and dps, the only downside is they cost more, which in the endgame you are likely producing millions of res everyday from deep mines, so you never run out. Also, we have a fleet cap. So why would you waste the slots on fleets that are meant to die? This would fix that problem. You have long range destroyers meant to get the first shot off, and then you have close range frigates meant to rush in and overwhelm ships with firepower. 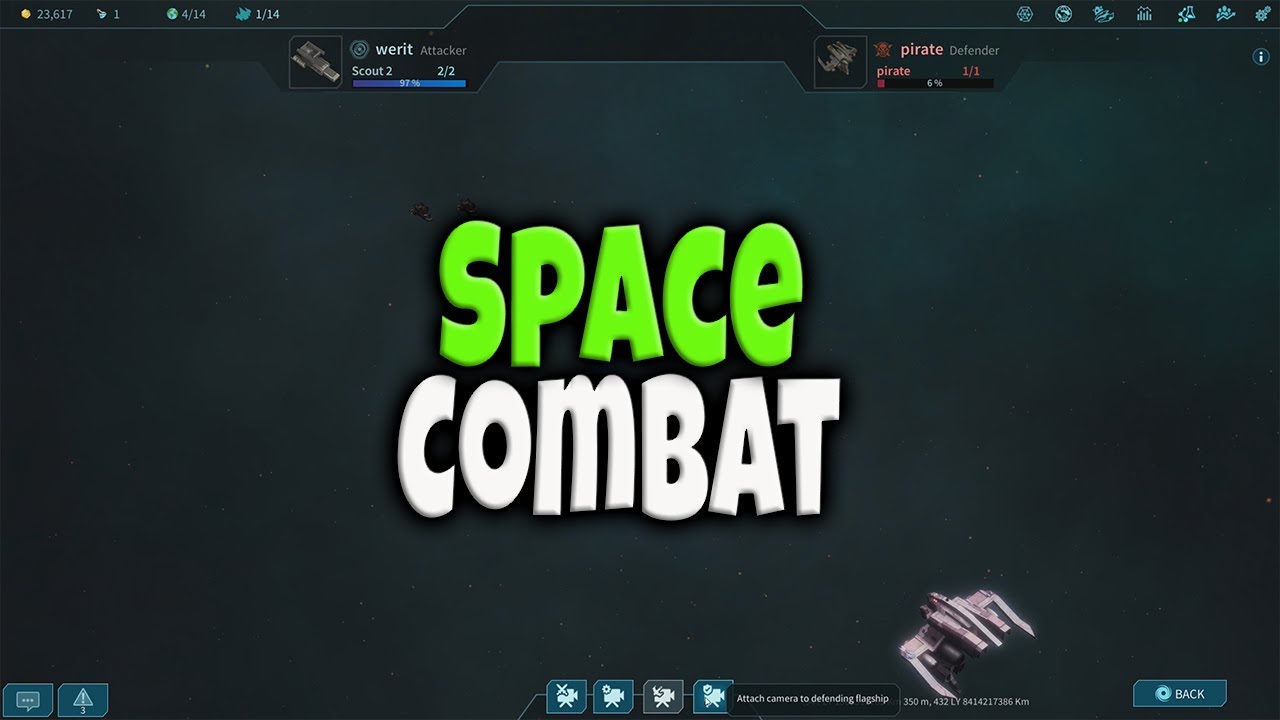 Fighter carriers: fighters are now launched much earlier in a battle - at the very start

Now to get ships to start further apart (and move towards opponent) and let fighters get first hit.

Thanks for the streamers point of view on Outscape’s combat system. As combat simulation is a big part of strategy gaming. And as the guy says it’s not impressive at all. It would definitely be turning young gamers away from playing. And it is that younger generation of gamers that the selling of skins for ships and stuff like that that would be the main purchaser of such products.This could end up being the real killer for the younger audience.

I am sure it will be improved but seeing as this game is a complex strategy 4X game then I doubt the younger audience, who are playing MOBAs and PUGs, will be much interested in this game anyway.

That being said, Master of Orion had great tactical combat. Obviously that is not possible with an online game like this but I hope they will improve on it by adding range, movement and other things to add variety and complexity to the combat.

I don’t see what you mean by that a tactical combat simulation can’t be implemented. The only problem in implementing such a tactical combat is that there would have to be a complex UI system in place for such a tactical combat system to be added to the game. A UI system needs to be developed for Outscape this then would put in place the ground work to improving micromanagement and fleet control for the player while offline. This would also make it easier when it comes to adding in future development of functions within the games future.

If you look at other game developers that they’ll all ways start developing the game as a single player game. They do this to allow them to construct the complex UI system for NPC’s and player. This then allows them the UI system where they then transform the single player version into multiplayer. This is done a lot easier for them as the ground work for the UI system was done during the development of the single player version. UI is a crucial part of strategy games. It’s what can make or break a strategy game.

They need to do damage over time, not damage at the end of time…